END_OF_DOCUMENT_TOKEN_TO_BE_REPLACED

This EP is a “pay-what-you-want” type of release, which I haven’t done before, and I’m curious to find out how it’ll do.
I’m not saying it’s a “please-don’t-pay-me-anything” type of release, but you’re not obliged to pay anything: you’re free to download it, of course.
Also, as some people who downloaded the free albums said “I gladly would’ve paid you for these free albums” when I gave them out, now is your chance.
However, if you don’t find the EP good enough or if you’re a bit low on the cashmunny, hey, no blaming fingers will be pointed at anyone.
But share the music at least, please.

To get the EP, surf your funky web ship to Bandcamp. 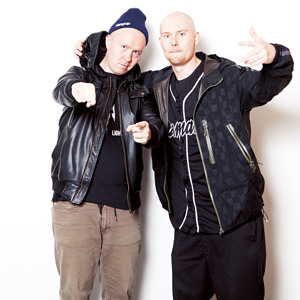 Here’s the archive of D&B radioshow by Fanu & Docius on Bassoradio on June 15.
I was joined – permanently! – by DJ Docius, my long-time friend and partner in d&b crime.
Actually, we were part of the very OG Bassoradio crew back in 2006 when it started.
Our show was later on left out of the schedule when Bassoradio moved and their daily schedule didn’t run after 10 p.m., if I recall correctly, and our show was always at 10–12 p.m.
Feels good to reunite once again!

Here it is: the Fanu remix of Amon Tobin’s “Journeyman”.
Released on the huge box set on Ninja Tune.

The Amon Tobin boxset is a strictly limited edition release and will come in the form of a beautiful high quality bolt fastened mechanical ‘press’.
Packed inside are 6 x 10″ vinyl, 7 x CD, 2 x DVD and several posters.
Most of the material is unreleased, almost none of it has ever been available on a physical format before.
It includes new music, unreleased dub plates and a wealth of archive material, Amon Tobin’s earliest audio experiments (never been played in public before), film and television score work, unreleased score work, deleted bootlegs, ISAM live show DVD, ISAM live audio album, remixes, cover versions and re-interpretations of the ISAM album, remixes Amon has produced for others, a recording of the (November 2010) Royal Albert Hall orchestrations of Amon Tobin and more…

Get the box set from the Ninja Shop.

I had the honor of having the gentlemen of Science HKI as a guest on my radioshow on May 18.
They just kicked off their own radioshow on Bassoradio – it’s every second Friday of the month at 8-10 GMT / 3-7 EST on Basso.
Here’s the archive!