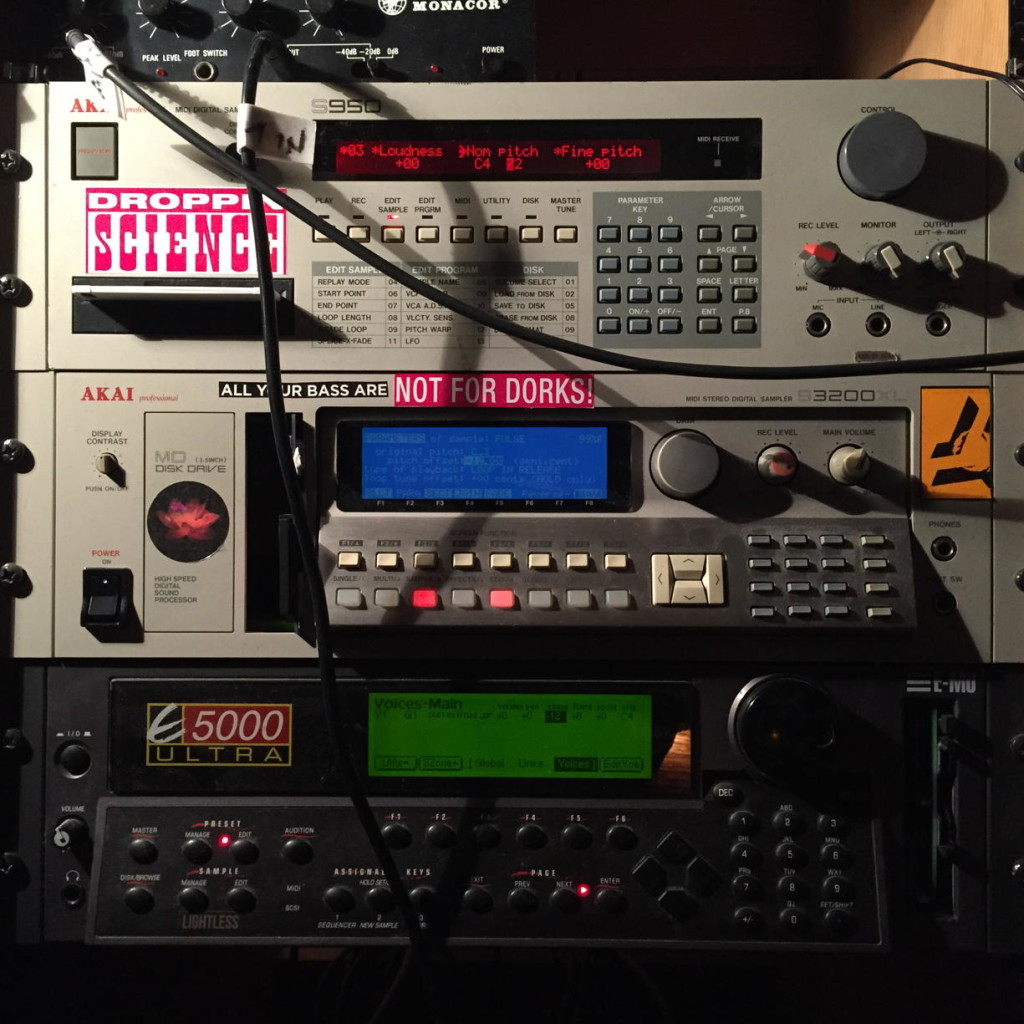 I didn’t want to go for full bandwidth in sampling, as in my opinion it doesn’t change the sound that much. In s950 I went for its 8500 Hz bandwidth setting, had another go with 10K, in s3200XL I chose 10K (lowest of its two settings), and in the E-MU I went for 22.05K (lowest of its two).
(EDIT: I added the second bandwidth for s950 at a later stage as I felt the first one was unfairly low.)

Each file has the non-transposed version first, then the transposed ones.

Do I have a point? No.
Why did I do this? Because for the culture, because I love how samplers sound, and using them is a bit of a dying breed in a way. You can’t get that sort of sound with plug-ins that easily, or at least it’s not that “convincing”, and you can get some of these machines for pretty cheap prices. I’ve always loved their sound, and would still love to hear more of it in contemporary music.
My personal favorite is how the s3200XL makes the highs sound (in the second example). That’s nineties hiphop for ya! IMHO it sounds a little bit like SP-1200.

I didn’t go super scientific, making absolutely sure that each sampler does the sampling at the exact same level…their inputs, knobs, and level displays are different. It was always hitting the ceiling slightly.