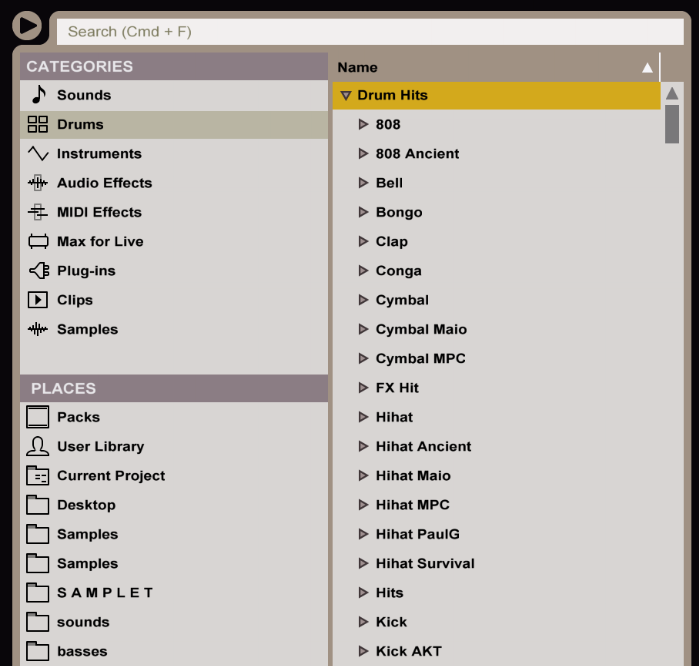 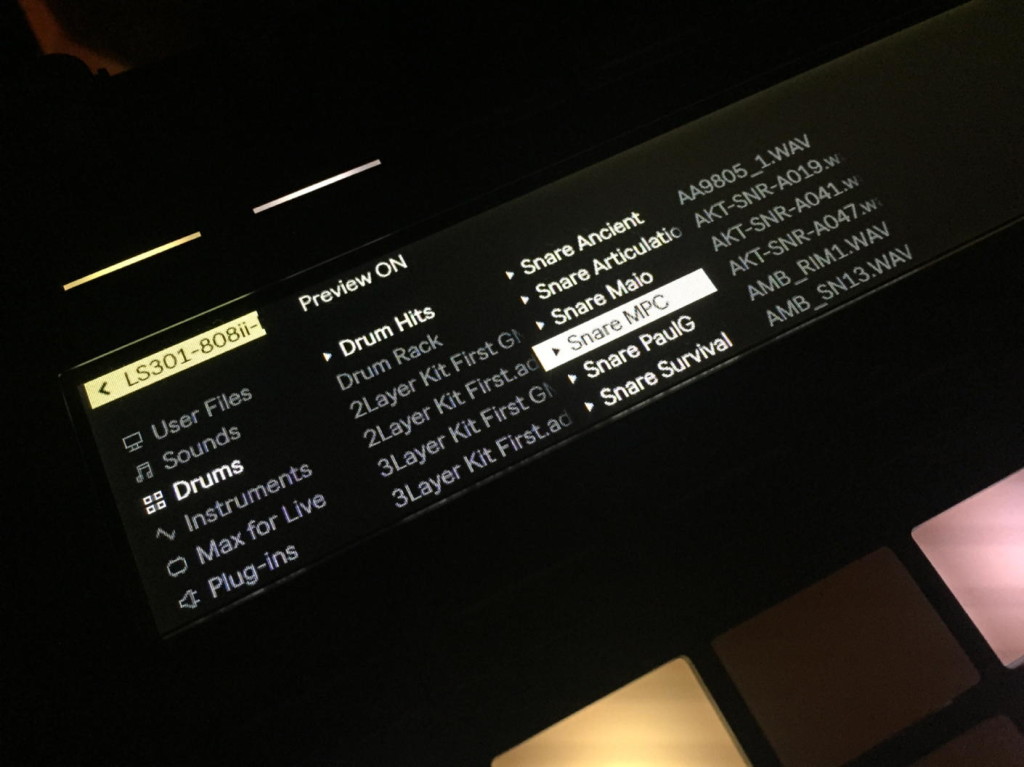 Ever wanted to have your own drum hit folders show up under Live’s Drums view? You can. If you’re like me and have different drum sounds in different folders, it’s relatively easy.
This takes a little bit of hacking and taking a look at code, but is relatively simple.

The folders you want to have listed have to be located at /Users/[you]/Music/Ableton/User Library – this is on a Mac (I bet this can be done with a PC in the same way; the location is probably slightly different).
For example, the folders you see in the pic above are actual folders on my HD in the abovementioned location.

The drum hits categories are all listed in virtualfolders.cfg file.
On a Mac, the file in question is located at
/Applications/Ableton Live 9 Suite 64.app/Contents/App-Resources/Core Library/Ableton Folder Info.

You should open the file with an editor that adds nothing to the file; best to use an app made for handling code such as JEdit. Once you’ve opened the virtualfolders.cfg file with JEdit, do a search for Drums (the capital D has to be there as the app’s case-sensitive; remember that with folder names as you add them into the file).

You’ll find the following:
<VirtualFolderGroup GroupName=”Drums”>
<Folders>
below which you’ll see listed all the folders that are seen in Live when you open the Drum Hits view (as in the pic above).
For example, you’ll see the following:
<VirtualFolder Name=”Bell” Patterns=”Bell, Bells, Belltree, Bell Tree, Jingle Bell, Chime, Chimes, Triangle, Triangles, Agogo, Agogos, Cowbell, Cowbells”/>

For example, in the example above all the folders called Bell, Bells, Belltree, Bell Tree, Jingle Bell, Chime, Chimes, Triangle, Triangles, Agogo, Agogos, Cowbell, Cowbells will be listed under Bell.

Notice that after the category/folder names, you’ll need to close the string with />

**ALWAYS make a backup copy of your virtualfolders.cfg file just in case so you can always revert back to it in case you mess something up (in the beginning, I did!)**

I hope this clarifies it. Feel free to hit me up on my music production page on FB if you have something to ask.
I also uploaded my virtualfolders.cfg file in case you want to take a look at how it’s been set up for me.