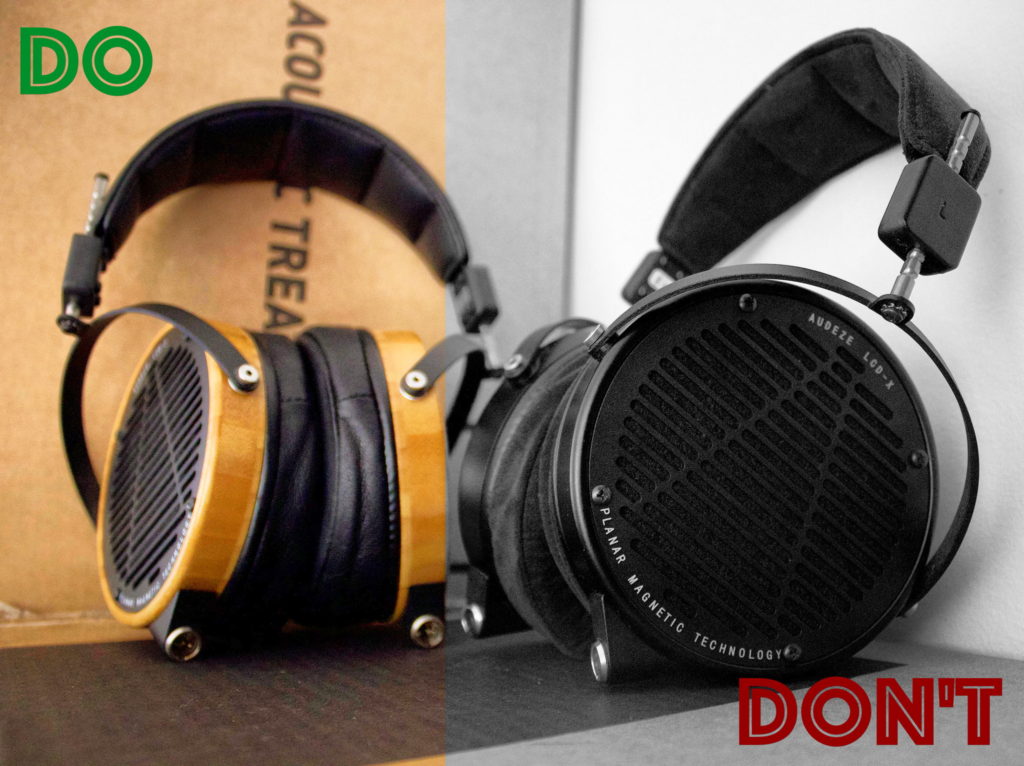 Looking back at what I’ve learned from working hundreds of different producers along the years, I wrote a few quick DOs and DON’Ts for working with a mixing/mastering engineer.
This is by no means a comprehensive list, but considering these will mean way fewer headaches in my job.

• Know how your music should sound; words often fail here, so 1–3 reference songs from your favorite artists/labels is an excellent starting point. We all have those songs, so just spend a bit of time finding those that you think represent your style somewhat close. Remember, a good song does not necessarily equal a good-sounding song. It’s happened to me many times that I get to hear, “Yeah, actually, it doesn’t sound good, but I thought it’s just a good song”…and then we start all over again. This will cost you the price of two masters in the worst case.

• Prepare to express your wishes/criticism regarding the master; what to emphasize, what is too loud, what’s too buried in the mix/master etc. He is working for you, so do tell him what to address.

• Be verbal. Be ready to ask for changes. A professional engineer is ready to receive your criticism and can take it, so don’t spare him that just because you think the engineer would get offended.

• Be prepared to hear some truths about your mix/stems. When you’re working with a pro, it’s also his job – whether he likes it or not – to tell you if the premaster or stems are sub-par. Your music probably won’t sound like Dr Dre unless it’s really, really well produced (for the record, yes, that is an real-life example…I’ve beed told, “Bad service. The songs don’t sound as good as Dr Dre’s albums”…and that calls from some truths from my end.

• Get back to the mix/master in a timely fashion. It helps if you get back to it in a few days. Getting back in 2 weeks will mean remembering anything from your song will be erased from a busy engineer’s “cache” at that point. This makes nothing impossible, but it’s best to get back as soon as you can as the chances are the engineer still remembers what he was doing to your song.

• Judge an engineer by his first take on your song. It may take some honing. Judge him based on how well he sculpts it based on your wishes.

• Be too broad with your references. Sometimes I’m told the name of a label when asking for references. That is too broad, and you can’t expect an engineer to go on Beatport and buy 5 songs of that label and hope that they represent your taste. Also, send a file, and not streaming links (makes for quicker referencing, looping, the engineer gets the idea of the actual level, it won’t be compressed etc.)

• Judge an audio engineer by his psychic skills. “Bro, what?!” you ask. This means, if you don’t send in a reference song or two and if you can’t explain what you don’t like about the mix/master, you can’t necessary expect the engineer to nail it. He can, but he may not. Thing is, there are so many different tastes and ways to mix/master a song that your guidance is often necessary. “I don’t like it, but I don’t know what to change” is every engineer’s worst nightmare.

• Be the “I don’t like it; I want to cancel the mixing/mastering, and I don’t want to pay for this” guy if you can’t explain/show what you want. It’s like going to a barber without any pics or idea and asking her to cut your hair the best way she sees fit, then saying, “Please stop, uh, I won’t pay for this” halfway to the job…you should’ve told her what to do early on. If you don’t like it, it’s barely her fault because you gave her no pointers. At that point, you will have to pay, whether you like it or not: she did the best she could.

• Get frustrated if the engineer doesn’t nail it immediately. Things often take a few revisions, especially if your taste/style is very different. But it’s worth getting the first song done as you like is so worth it: after that, it’ll be way easier in the future.

• Expect the engineer to perform miracles. If your vocal is recorded with a cheapo mic, you have to understand and accept that it probably won’t sound as good as your references by Drake and Kanye West. Those vox were recorded with amazing gear in amazing studios.

• Send your song in for treatment if you haven’t yet gained the objectivity needed to “hear” it. “I’m so tired of hearing it; I’m not sure I want to do this…I don’t know what I’m hearing” because you’ve just finished a song you’ve worked on for ages will be frustrating for both parties.

• Be afraid to ask, “Do you think you can work with this?” as most engineers have a lot of expertise in some styles/genres but they’re less experienced with something else. Still, being able to sculpt the sound towards what’s desired is the trait of a good engineer. I’ve successfully worked with several styles that are pretty far from the genres I’m most familiar with (bass music, hip hop, dnb, dubstep, house, techno, downtempo etc…just electronic in general), but all it takes in the end is understanding the producer and making it sound like his pointers/references.

All in all, engineers work with tons of different mixes and songs. They most often have a great general hunch of how your song should sound, and that’s what earns them their living. But the fact is, even within one genre, there’s a lot of variation and many different tastes, and it’s often impossible to know exactly what you want.
Good, informative communication between the producer and an engineer brings good results most of the time. Do a little background homework on your engineer as well: what he’s worked with, what his comfortable home field is etc. If he’s mostly working with rock may not guarantee amazing results with dubstep with strong 44 Hz sub lines.
Sometimes it can be a bit slow in the beginning, but in almost every case, getting the first song right means the results after that will be great and all the work will be faster.
Communication counts.