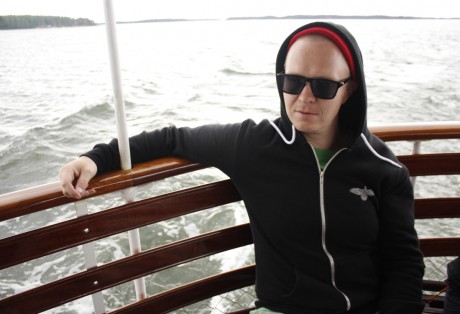 Damian Bennett: When I first heard you it was the early 2000s, from Bailey’s show. The sound was completely unique, not just re the choice of samples or priorities of sounds, but just that your whole approach was very fresh… so tell me what did you wanted to bring to D&B back then?

F: The old D&B aesthetic is what I wanted to bring… strong rhythms, varying drum patterns and breakbeats instead of the same 2-step beat I kept hearing a bit too much. A friend called Rob Brierly gave DJ Bailey a CD at an event and Bailey started playing loads of my stuff on his shows. He even called me and we had a chat on his show and I was nervous as heck, ha ha. I’m still indebted to Rob and Bailey for that one. Damn, that was eight years ago….time flies by so fast.

…read the whole interview – probably the longest and most in-depth yet? – here at Friedmylittlebrain.com.