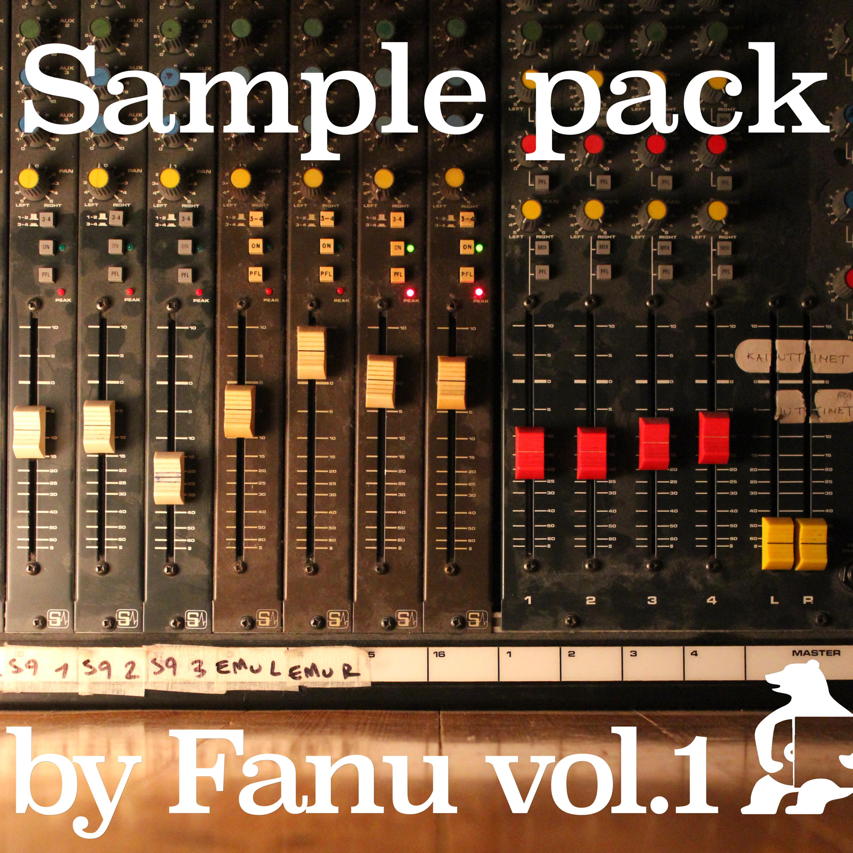 I am proud to present to you my first sample pack (which hit top-selling spot #5 on Bandcamp quickly after its release).

It’s a compilation of 50 sounds: bass, breaks, and pads.

(NOTE: they’re .flac files if you want full quality from Bandcamp. You can convert FLAC into WAV pretty easily. However, if you want a .wav version, contact me via fanusamurai@gmail.com and I’ll sort you with a .zip with .wav files)

All of the bass sounds I have created myself using plug-in synths, Moog Minitaur, and Arturia Microbrute analog synths. Some of them have been driven thru a Soundcraft desk, sampled into an E-MU E5000 Ultra sampler, treated using analog emulation plugins, or sometimes a combo of them.

All of the breaks were processed and sourced by yours truly. There’s a BPM at the end of the flename to indicate tempo.

The main focus being in breaks and bass, I wanted to throw in a few pad sounds, too, which I hope are useful. All of them I created myself.

I have always been into somewhat organic drum&bass and hiphop, and I hope these samples promote that sort of aesthetics. I believe the bass sounds are somewhat mallable, and hopefully the breaks, too; in general, I like to use sounds that leave a little bit of work to be done myself. I didn’t want to go super deep in processing the breaks for the same reason: the more it’s been processed, the harder it is to make your own in general. I hope some of the breaks serve to promote a bit of an organic / hip hop vibe, which I have always preferred in all sorts of music, and I’d love to see more of sampling original breaks and drum sounds in jungle, and let’s hope these sounds inspire producers to do just that.

Considering the somewhat small number of sounds, it might be hard to believe this was in the works for a long time. It’s been a side project for at least a year. As I was fnally putting it all together properly, I started feeling quite ambitious, and a friend suggested I’d do .rx2 fles, Kontakt versions, one-shots, etc., which is a really great idea. However, being quite busy with a lot of stuf (especially relating to audio), I wanted to kick this of at some point before it gets forgotten again because of other more acute projects – and let’s hope a small start is a start anyways. Let’s see how this one gets received, and hopefully there will be more of this sort of stuf later on.

I’d love to hear if you happen to use these sounds in any project, and I’m all open to comments – especially criticism, for this is my frst foray into sample pack world.