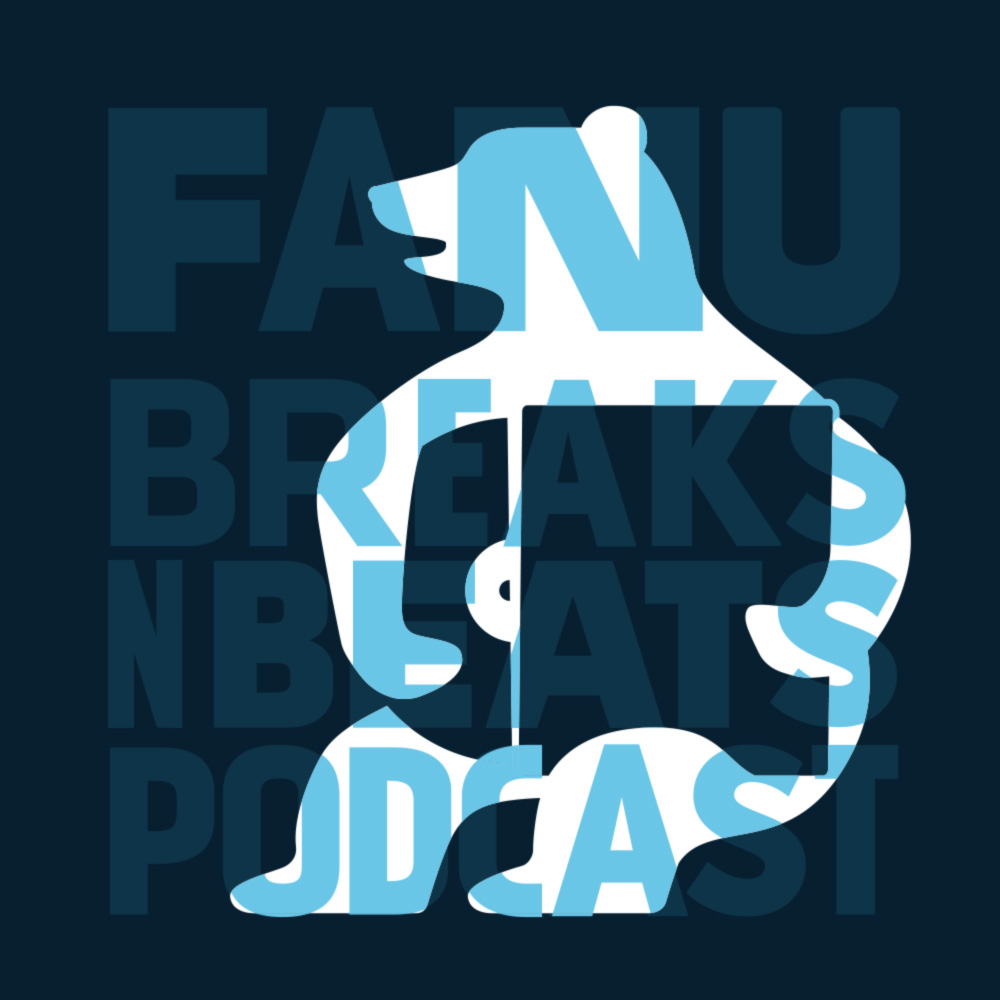 I love coffee. And, let me admit I love beats, too.

What coffee and beats have in common, in my case, is that I can’t go one day without a good dose of them.
I do have a healthy addiction to caffeine, and I’m a beat junkie – I need that shit.
I have inside of me a huge, burning passion for music with dope beats.
Whatever genre, I don’t care – if the beats are fat and kind of dirty, I’m gonna love it.
And I need my fix every single day. And now I want to get you hooked, too.

Drum and bass has always been my main love. Having been into it for almost 20 years, I’ve experienced ups and downs and times when my faith has been tested.
Actually, nowadays the faith is being tested more frequently than ever as the genre has so many subgenres and styles and there is so much stuff I don’t relate to.
Also, as I’ve matured, I’ve found it quite OK to admit that my taste in terms of d&b is somewhat narrow. It’s somewhat relieving to admit it instead of trying to dig it all. I can’t do that.
So, we’re looking at an equation like this here: huge passion + narrow taste = I need to let ya’ll hear the awesome shit!

So this is why I’m starting a new series of podcasts. I also want to say a few words about every tune that is played to let the listeners know why I like them.
I’m not a huge fan of my own voice so I’ll do the writing on the blog instead of speaking on the recording – and, besides, when I write, I’ll get to think of what I want to say better than when I speak. And you’ll get to enjoy the awesome music uninterrupted, and if you happen to listen to it several times, you won’t end up hating the mix instead of my crappy speech.
The podcast series will be mainly about jungle / dnb, but I’ll have the liberty of doing mixes of funk, hiphop, and other good stuff with dope beats, so look out for goody goodies in other styles in the future, too. I need to share the goodness, the love, whatever the genre. Hence the name of the series.
(Also, let me say I love DJing, and have done quite a bit of it internationally, so if this is the kind of badassery you’d like to hear at a local event, I’m the man).

Here’s the tracklisting for Podcast # 1 and a few words about each track.

01. Walter Murphy – Sunflower [Fistfunk bootleg remix] (dub)
Fistfunk is a Finnish d&b head whose production aesthetics go back to the nineties, which I love the most. His stuff reminds me a lot of Danny Breaks, which is good – sorry, GREAT – in my book. He released an EP on Lightless, so check that out.

02. Neveready – Old Photos [Subsense remix] (dub)
Neveready is also from Finland. A very nice guy who does tight instrumental hiphop.
Check out his über-tight album released on Nexgen Music.
The track in question is from that album and it’s a remix by another Finnish beathead, Subsense, who’s definitely an up-and-coming producer to look out for and who’s got some goodies coming out on a Finnish d&b compilation that’ll be released on June 1.

03. Danny Breaks – Voyager (Droppin Science)
Danny Breaks shouldn’t need an introduction. One of my major influences. Everything he did was so f-ing dope. DB did a label called Droppin Science, and all that was put out on the label was classic shizz. Breaks, breaks, breaks. Crazy psychedelic samples, too. His dnb was very hiphop-influenced.
Also make sure to listen to his hiphop works released on another label of his, Alphabet Zoo.

04. Fanu & Gigi – Abyssinia (Lightless forthcoming)
A track from an EP, Northern Movement, by yours truly that’ll be out on March 29.
I was happy to receive some vocals from Gigi (Bill Laswell’s wife) and work with them again. I love his voice and I think I did a decent job fitting them into this half-tempo dnb joint.
Soundcloud taster.

05. Fanu & Emily Bowlan – Daggers (Lightless forthcoming)
Another track from Northern Movement. This track pays homage to 97-era steppery.
Intentionally dusty and dirty sound. Rugged. I wanted to make it sound quite non-contemporary. I got some vocals from Emily Bowlan, who is a vocalist with a great voice from St. Louis, USA, and I think they make a nice contrast to the vibe.
Soundcloud taster.

06. Ricky Force – Workin’ (Jungle Syndicate 001)
Ricky Force’s one of the most interesting junglists of today – and I want to emphasize the jungle there. Amens all the way. All day, every day. Any track of his is a guaranteed floor-filling bomb. I wish I could make music like he does!

07. Dwarde – Discord (Scientific Wax)
Dwarde is also a very promising producer who’s showing a lot of love for the original jungle choppage craziness. Heard he’s also using an old Akai s950, so that adds bucketloads of coolness points and you know it. Amens are dominating here and you know it. If you’re not into amens, STFU.

08. Overlook – Three Shards (Narratives)
I don’t follow d&b that much these days, but I must say that anything that’s come out on Narratives has been pure gold and goes into the “buy on sight” category, which is rare. I love the cinematic element in all their output as well as the more minimal and very original approach to beats. Deep yet heavy every time.

09. Seba – Balance Of Power (Secret Operations)
If you don’t know (or like) Seba, you’re not a drum & bass head, and we’re not talking. At all. Seba’s been coming up with classics for almost 20 years. I’m not asking you to check out something by Seba: I’m commanding you to check out everything by Seba.
Then we can talk. This one’s dark in the trademark Seba style, from the album that came out recently.
Somehow Northeners know how to make it dark and melancholic, and Seba’s no exception to the rule either.

10. FD – Break And Enter (Metalheadz)
As a DJ, I love bringing something very minimal into the mix every now and then as you need those ups and downs. Here you have a prime example of a track that’s quite minimal but which has got the groove and certain heavyness to it. Super dope beats. 2-step gold.
There’s a definite Metalheadz vibe there. Legit!

11. Naibu feat. Key – Play With Fire (Horizons)
Trademark Naibuness with the crisp atmospheres and a vocal that you will remember. I like pretty much everything by Naibu; there’s something that strikes a chord in me.
I think it’s the deepness or whatever you want to call it. Many dnb tracks are just, well, tracks, but many Naibu pieces are songs, compositions, which makes them special in my book.

12. Defo – Culture (Lightless dub)
A track from the forthcoming Breakbeat Sound Of Finland compilation on Lightless that will be released on June 1.
Defo’s displaying a style of his own that’s on the minimal tip but, unlike dozens of other minimal fodder tracks out there, has got balls and a good groove.
Yup, he’s Finnish so you know his knows how to rock it good.

13. Fistfunk – Squelch (dub)
Fistfunk goes pretty sick with this one. I could tell this one’s a Fistfunk piece even if I didn’t know it: it’s got the breaks and the bass sickness like no other fuckah. Rad! Unsigned, afaik.

14. Goreteks – Blesser Au L’Esprit (Section 8 dub)
This one kind of reminds me of some Source Direct bits. It’s a little more straightforward but it’s got the darkness in it. The breaks are slammin’. I’m very happy that drum and bass like this is still being made and I’d love to hear more of it – in clubs, especially. Coming out on Section 8, which I haven’t heard of before but need to Czech out for real if the other stuff is this tasty.

15. Paradox – Chords And Discords (Reinforced)
This one’s from a few years back. Paradox is another big influence to me, a definite b-boy and a breaks-and-samples enthusiast sticking to his guns and not giving a fuck about what’s happening in the world of drum and bass. Just as I like it myself.
Paradox is one of those who few heavyweight producers who actually do deserve the “veteran” title, and he’s released a shitload of stuff, all heavy.
This one flexes one of the dopest breaks ever, N.T. by Kool And The Gang. Another Reinforced classic.
There was a good Paradox interview on the DNBA blog recently so peep that while you’re at it.

16. Dwarde & Anorak – Rushed Love (Amental)
Wanted to pick up the tempo for the last track, and this does it perfectly. Another slammer by Dwarde (and Anorak), released as a 12″ on Amental.
I need to look into that label more as this sounds killer! I’d love to see the damage this one does to the dancefloor. If this wouldn’t work, I’d just throw the crowd out of the venue. Period.

I hope you like the mix. There will be more podcasts coming but I do want to have the liberty of doing them when I want to instead of trying to stick to a certain schedule. They’re gonna hit you when you least expect it.
For now, share the goodness to make sure good d&b takes over the world and that wacky crappyness gets eradicated. Also, give your local promoter a nudge.
Now, get some of that coffee and blast the beats!